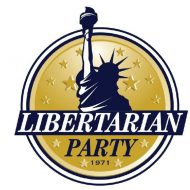 The full text of the United States Constitution.

This version of the Federalist Papers contains the full text of the essay followed by a summary or short version.

The Anti-Federalist Papers: During the period from the drafting and proposal of the federal Constitution in September, 1787, to its ratification in 1789 there was an intense debate on ratification. The principal arguments in favor of it were stated in the series written by Madison, Hamilton, and Jay called the Federalist Papers, although they were not as widely read as numerous independent local speeches and articles.
The arguments against ratification appeared in various forms, by various authors, most of whom used a pseudonym. Collectively, these writings have become known as the Anti-Federalist Papers. We here present some of the best and most widely read of these. They contain warnings of dangers from tyranny that weaknesses in the proposed Constitution did not adequately provide against, and while some of those weaknesses were corrected by adoption of the Bill of Rights, others remained, and some of these dangers are now coming to pass.

Current By-Laws plus the proposed changes from the 2020 County Convention.